We knew it was coming, and now it’s officially official. Last night during the gala dinner part of the Grand Tour organized to celebrate 110 years of Bugatti, company boss Stephan Winkelmann made the big reveal at home in Molsheim. What you see is here is the already famous prototype that did 304.773 mph (490.484 kph), but a small batch of production cars is planned for deep-pocketed customers.

Price? That would have to be a cool 3.5 million euros (or $3.89M at current exchange rates) before taxes. Despite the exorbitant price tag, one of the 30 cars planned for production was bought on the spot last night. According to our colleagues at Motor1.com Francewho were among the very few journalists invited, the wealthy individual signed the papers right on the prototype, so only 29 cars are now up for grabs.

Officially called the Bugatti Chiron Super Sport 300+, the hypercar is going to boast a quad-turbo 8.0-liter W16 engine with 1,578 horsepower as seen in the Centodieci. In other words, Hennessey was wrong assuming the prototype had close to 2,000 hp. To unlock those extra miles per hour over the electronically limited 261-mph standard Chiron, the SS variant will have a reworked body with improved aero, including a modified derrière that earned the prototype the “Longtail” nickname.

Other technical specifications disclosed last night by Bugatti’s head honcho included the magnesium wheels and the naked carbon fiber bodywork. The prototype’s orange accents akin to the Veyron Super Sport and its limited-run World Record Edition won’t be mandatory on the remaining 29 production cars. The Chiron used for the record run that took place at the Volkswagen Group’s Ehra-Lessien had only one seat and a roll cage, but the road-going Super Sport 300+ will have a passenger seat.

It looks like we will have to wait a little bit more for full details and images of the mighty Chiron, but at least we know for sure the Super Sport 300+ is actually coming. Unlike that modified Ford GT that hit 300.4 mph (483.4 kph) earlier this year at the Texas Mile event, the SS will be a production car, so there shouldn’t be any controversy regarding who’s the speed king. It’s especially true since the Chiron was even faster than the 2,000-hp GT.

With Bugatti retiring from chasing speed records while Koenigsegg, Hennessey, and SSC North America are all gunning to hit the 300-mph mark, the Chiron Super Sport 300+’s title for the fastest production car is already in jeopardy. Depending on how you see things and whether you are on team Bugatti or Koenigsegg, the Agera RS still holds the title since it did 277.87 mph (446.97 kph) on average in both directions. The Chiron only did it one way, therefore the Koenigsegg remains the official Guinness record holder. As a refresher, the Agera RS hit an absolute top speed of 284.55 mph (457.94 kph) nearly two years ago during its record-breaking run at the Nevada State Road 160 highway where Bugatti estimates the SS would do 320 mph (515 kph).

Taking into account the Veyron Super Sport World Record Edition was electronically capped at a top speed 10 mph lower than velocity reached by the record-setting car, we are wondering if it'll be a similar story with its successor. We have heard through the grapevine that all will be revealed on Monday, so watch this space for the full story. Hopefully, we will get to learn how much a set of spare tires costs considering the Michelin Pilot Sport Cup 2 rubbers were specifically developed for the Chiron SS 300+ to handle such mind-blowing speeds. The tires probably won't cost $93,000 like the ones for the one-off Bugatti Vision Gran Turismo, but these will certainly be on the expensive side. 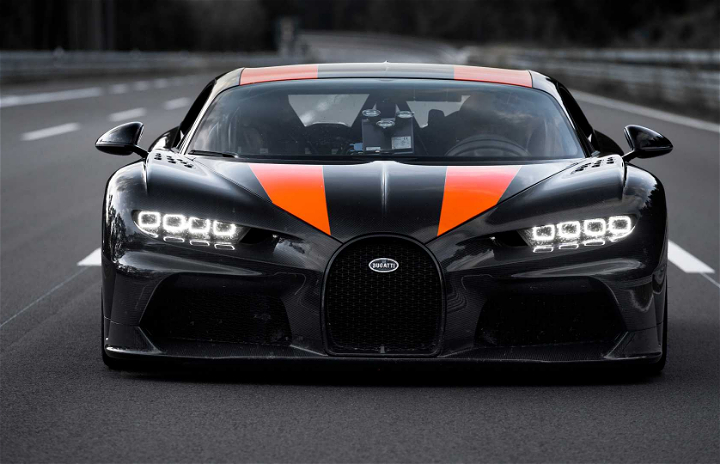 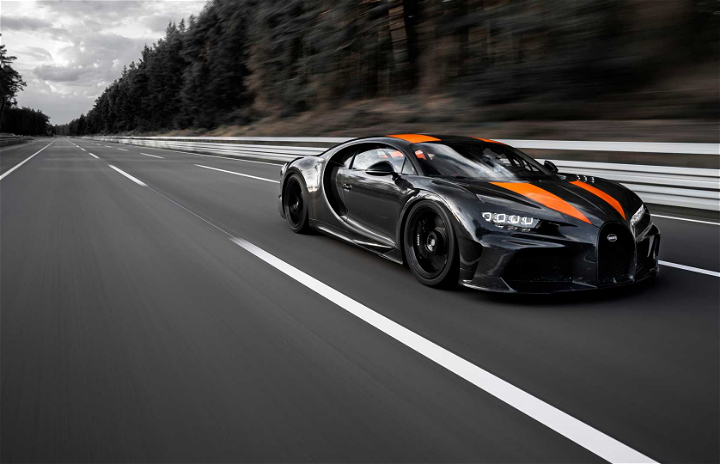 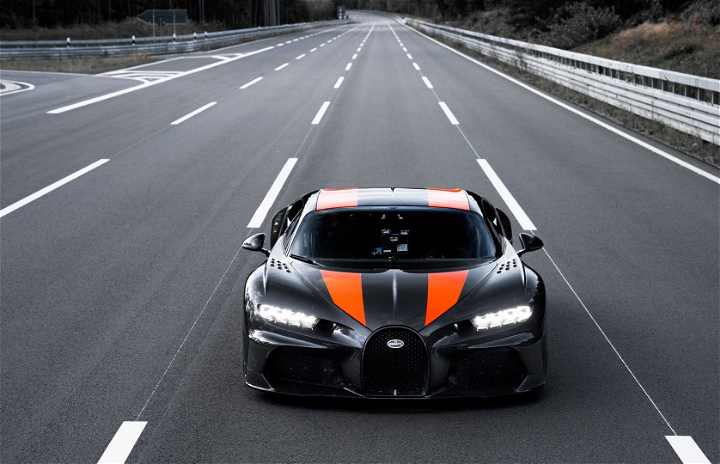 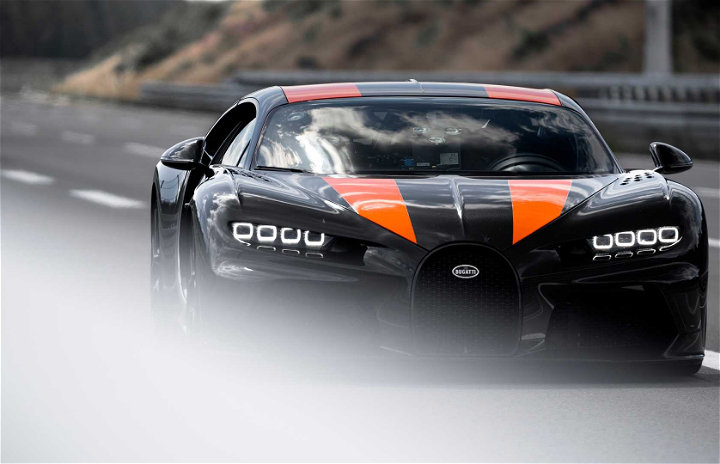 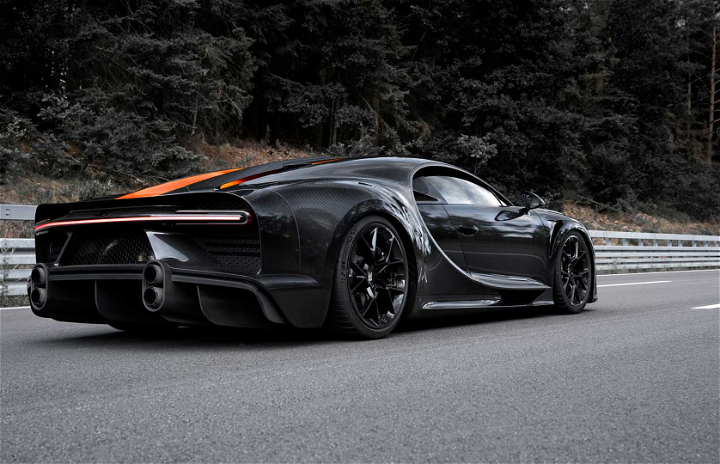 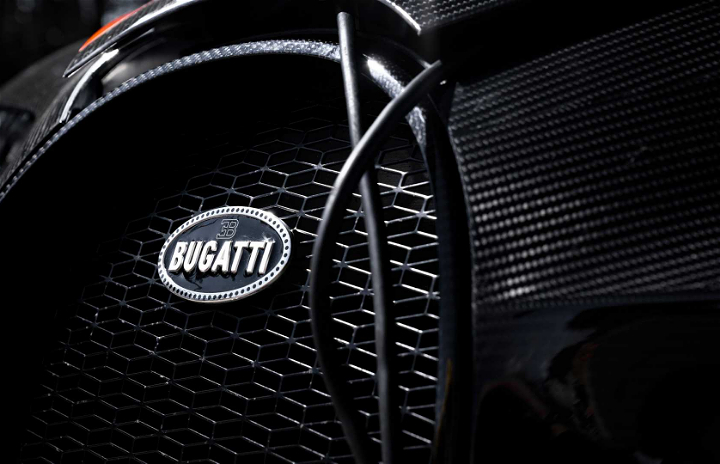 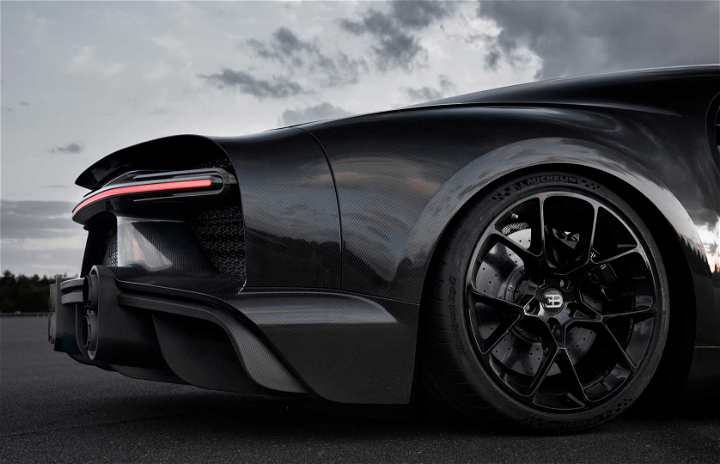 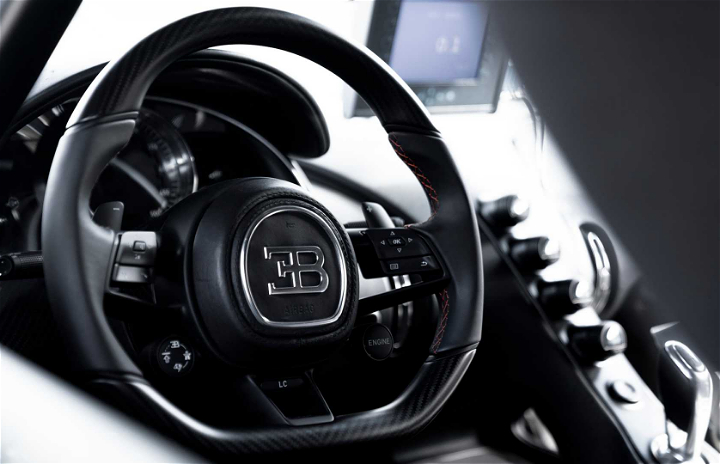 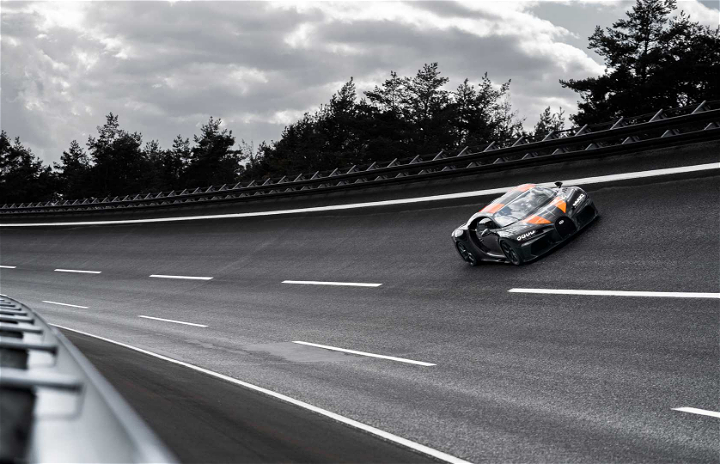