Mercedes-Maybach GLS Spied Without Any Camo

An appearance at the LA Auto Show seems very likely.

It’s been quite a while since we caught the ultra-luxurious Mercedes-Maybach SUV out in public, but it was worth the wait. That’s because these spy shots pretty much reveal everything, at least on the outside. The only items left to the imagination are the specific nature of the corner vents in the lower front fascia, and the Maybach badging. As you can see, even these hardly-concealed items leave little room for guesswork.

It was never a secret that Maybach’s fresh SUV would carry the styling cues of the familiar GLS-Class, but now we can see the special treatment Mercedes-Benz applies to the grille and front fascia. The bold look is replaced with smoother lines, especially with the trademark Maybach grille. The fascia follows the new GLS-Class design overall but features smaller corner vents and a chin that doesn’t extend down quite as far. The rear is nearly identical to the GLS-Class, with the only difference we can spot being a revised pair of exhaust outlets. Blacked out areas on the fascia mover will likely become chrome trim on production models.

Still unknown at this point is what will power the Maybach-trimmed SUV. The 4.0-liter twin-turbo V8 is all but guaranteed, though its horsepower rating could range from 460 to 480. A plug-in hybrid powertrain generating over 480 hp could also happen. Of greater interest is a possible 6.0-liter V12 option that’s been in the rumor mill, but at this point that’s all it is.

Does this nearly naked sighting mean a proper reveal is just around the corner? We’d say an appearance next month at the Los Angeles Auto Show is very likely, especially since the opulent SUV is slated for final production at Merc’s big plant in Tuscaloosa, Alabama starting next year. For the record, Google Maps tells us that’s just over 2,000 miles from LA – an easy journey for an enclosed hauler across the southern United States.

It also means an internet debut prior to the show in the coming weeks could happen. We’ll bring you the info as soon as we have it. 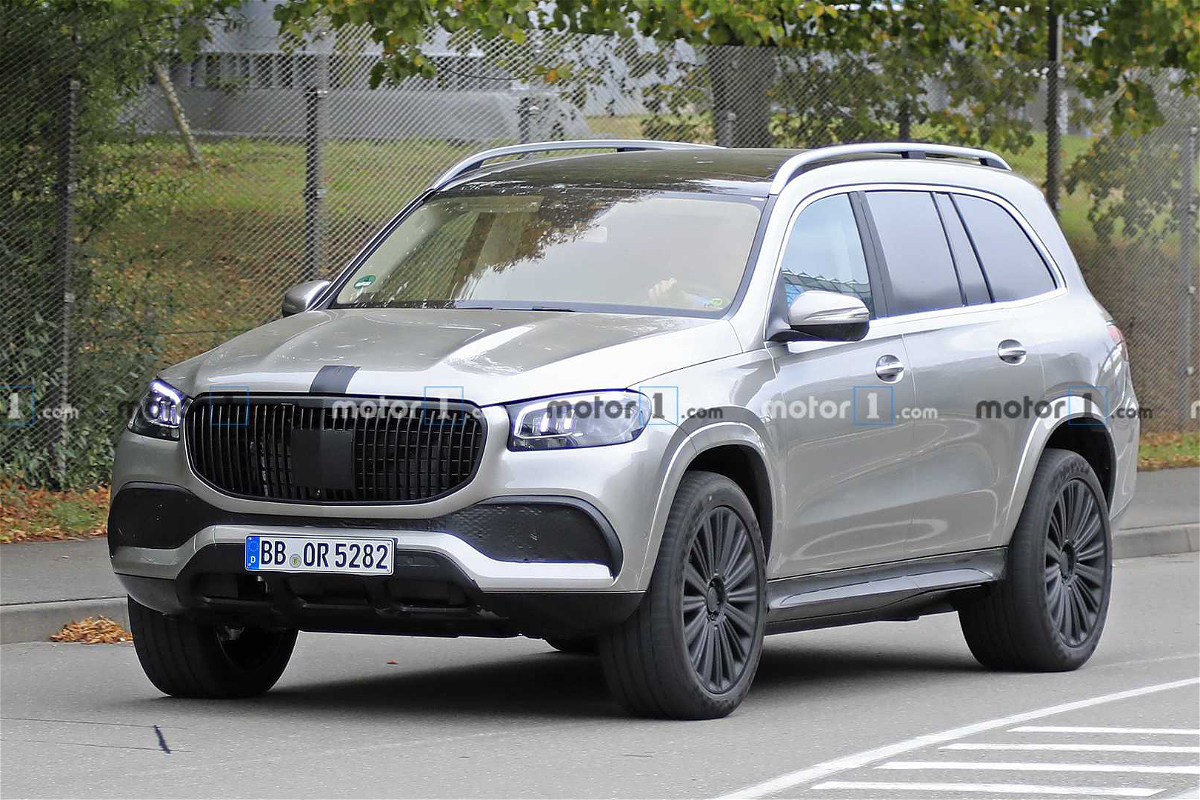 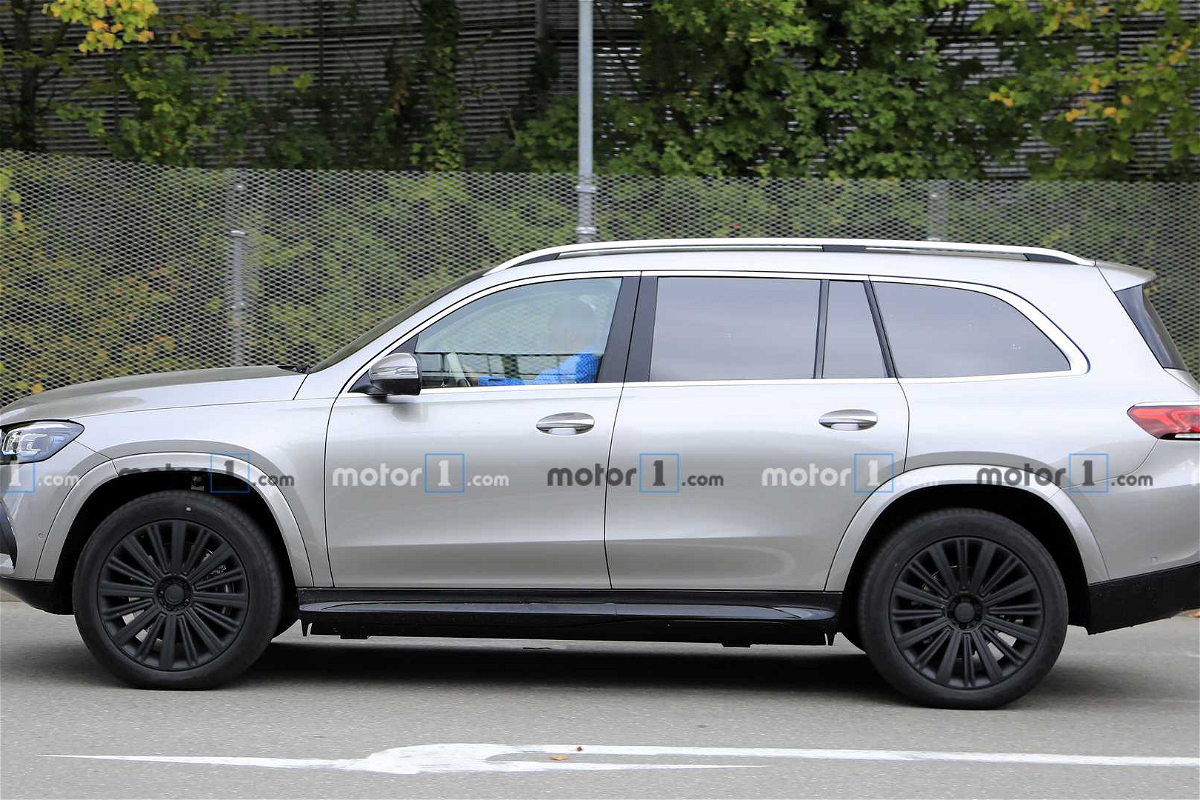 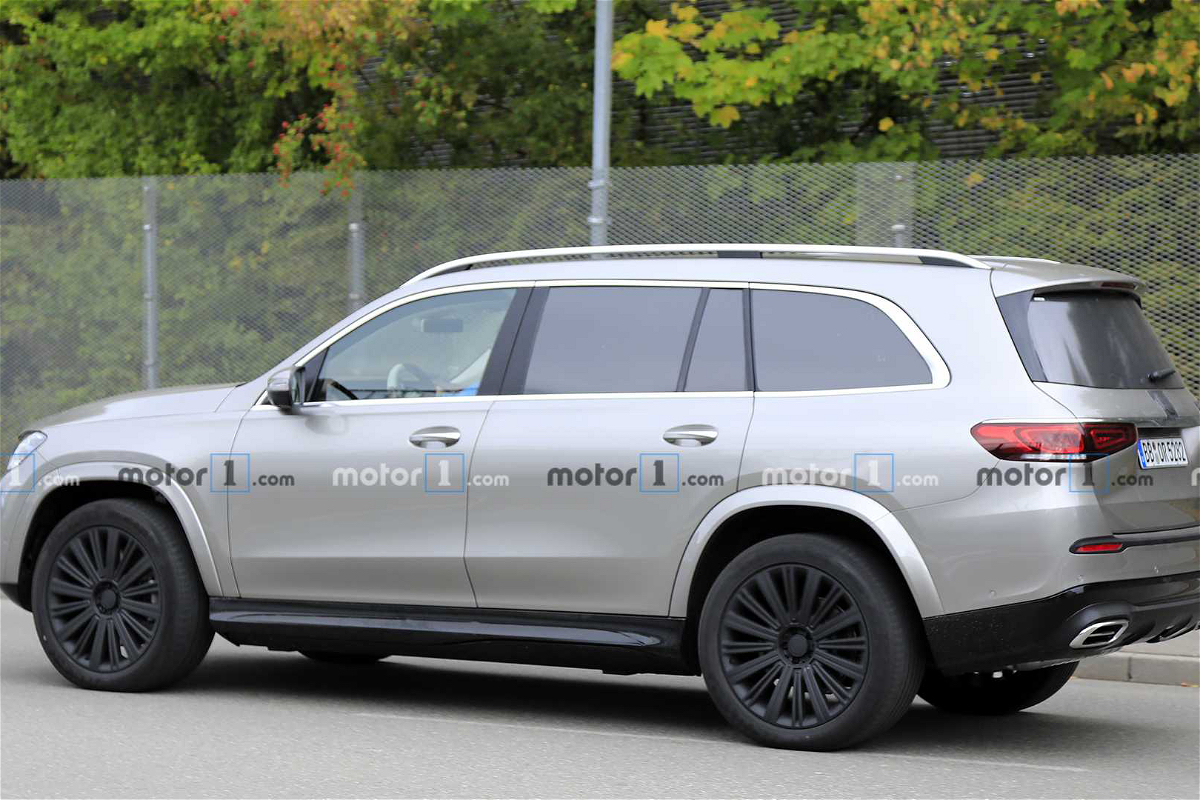 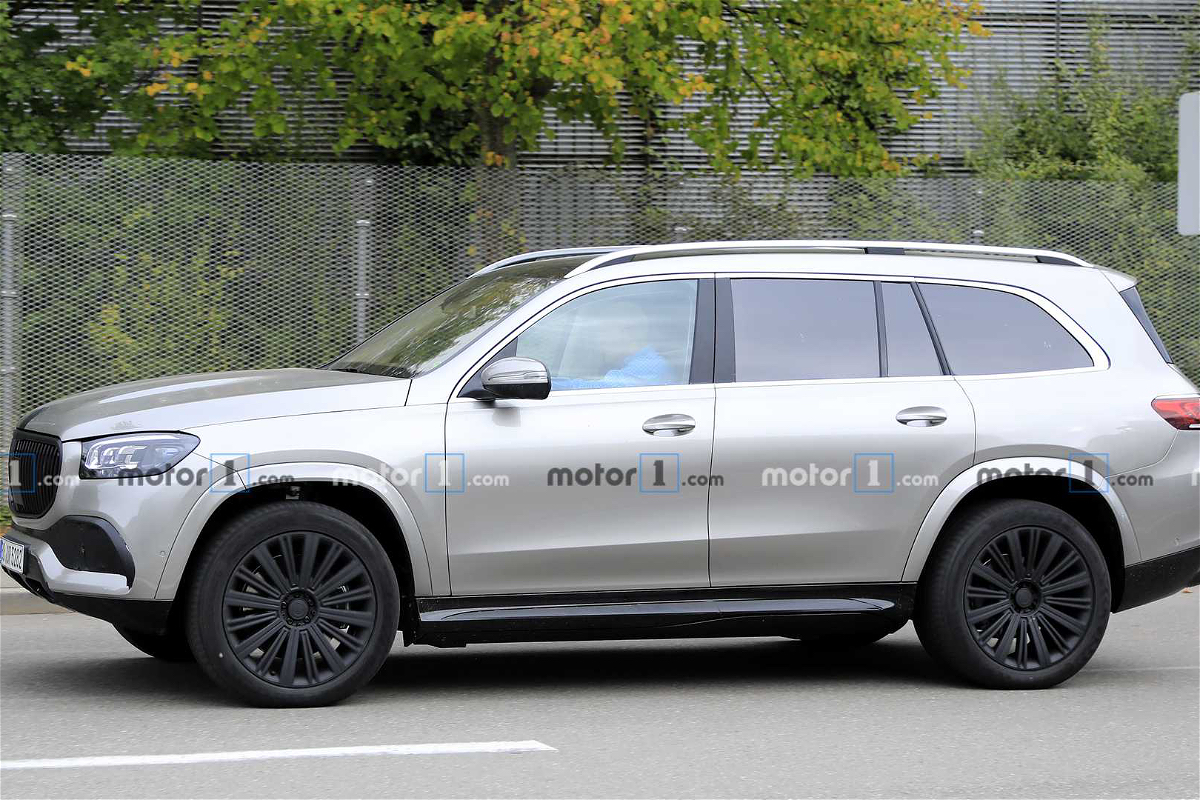 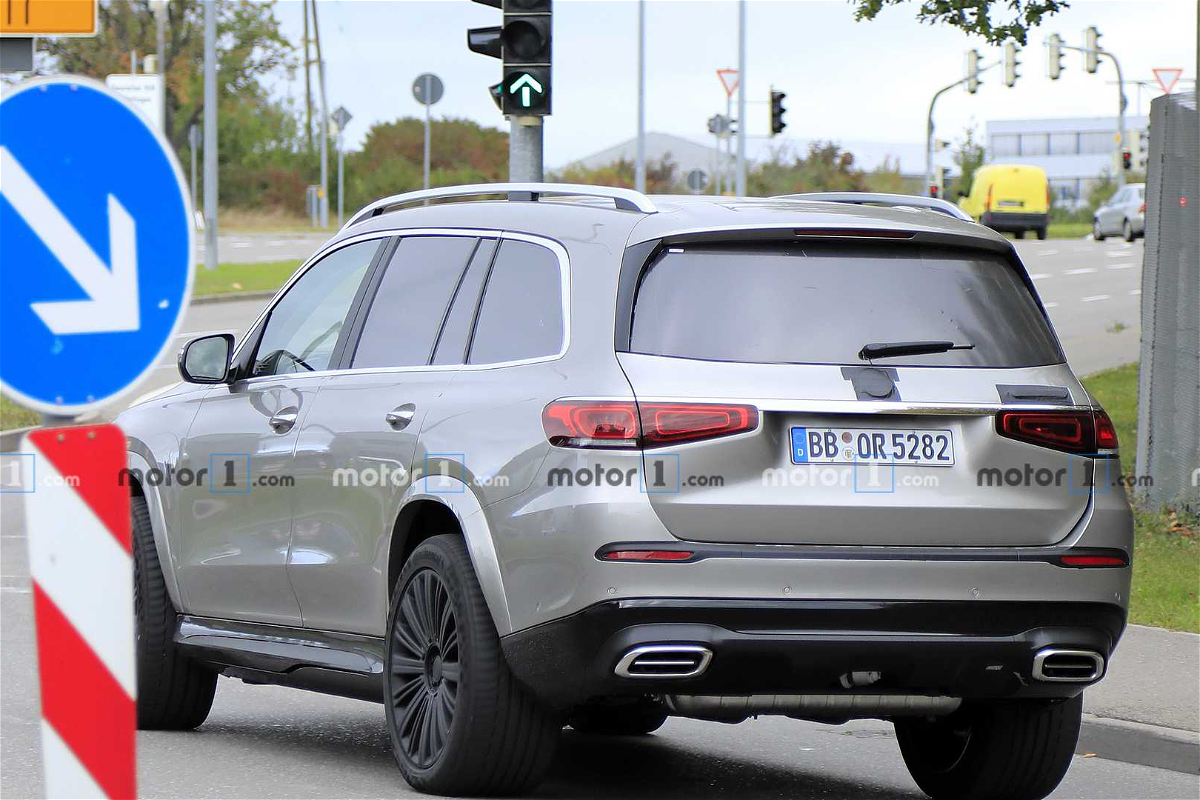 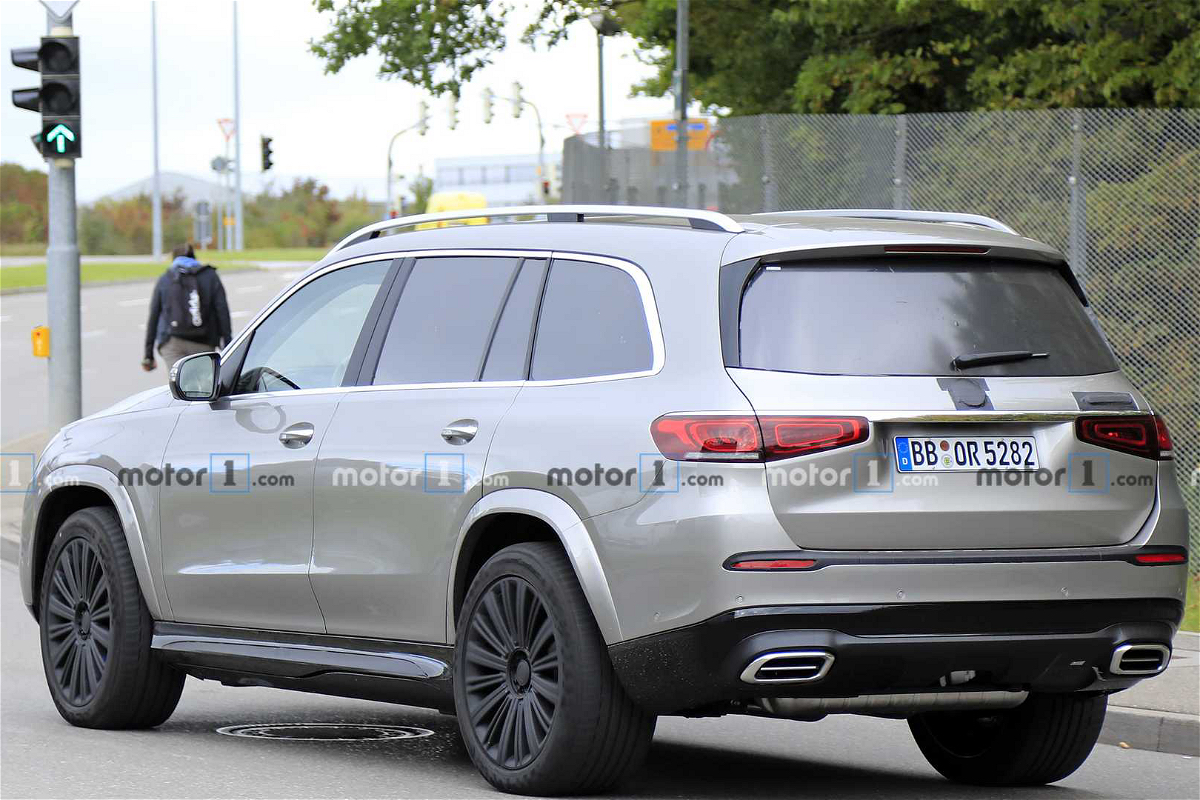