Ferrari has unveiled its second drop-top of the day in the form of the V12-powered Ferrari 812 GTS! The 812 GTS is lauded as the most powerful production convertible, by which it discounts cars like the Koenigsegg Agera which use a lift-out targa top. The 812 GTS appears to be a seies-production model to join the Ferrari 812 Superfast as part of a range.

This is suprising considering that the F12 was no available as a Spider and you would have to look back to the Ferrari 365 GTS4 for a series-production V12 convertible. Four special edition V12 spider models have emerged in recent years; the 550 Barchetta Pininfarina in 2000, the Superamerica in 2005, the SA Aperta in 2010 and, most recently, the F60 America. All were limited edition production runs.

The highlight of the package is its retractable hard top which is stowed under a rear tonneau cover. Just like the F8 Spider we saw earlier today, it opens in just 14 seconds at speeds of up to 45 km/h. An electric rear screen stops the wind buffer, with the roof up, this can be left open to amplify the V12 soundtrack.

Under the bonnet, the specifications and performance are identical to the Ferrari 812 Superfast. It uses the 6.5 litre V12 engine producing 800 hp at 8,500 rpm and 718 Nm of torque. The geometry of the exhaust system is slightly different for the 812 GTS. It should hit 100 km/h in under 3.0 seconds and a top speed of over 340 km/h.

The convertible treatment required a redesign for the entire rear of the car – roof, tonneau cover and luggage compartment. Two buttresses hide vital safety features at the roof while Ferrari have dispensed with the 812’s aerodnamic by-pass at the rear wheelarch. This is compensated by a re-configured rear diffuser.

Ferrari designers have incorporated two small L-shaped flaps on the upper corners of the windscreen to generate a coherent concentrated vortex, removing pressure from the occupants head area. A lesson learned from the LaFerrari Aperta.

A new forged wheel design is on offer for the Ferrari 812 GTS which includes a choice of finishes; diamond-finish, liquid silver and Grigio Scuro. Otherwise, everything else mirrors the Ferrari 812 Superfast 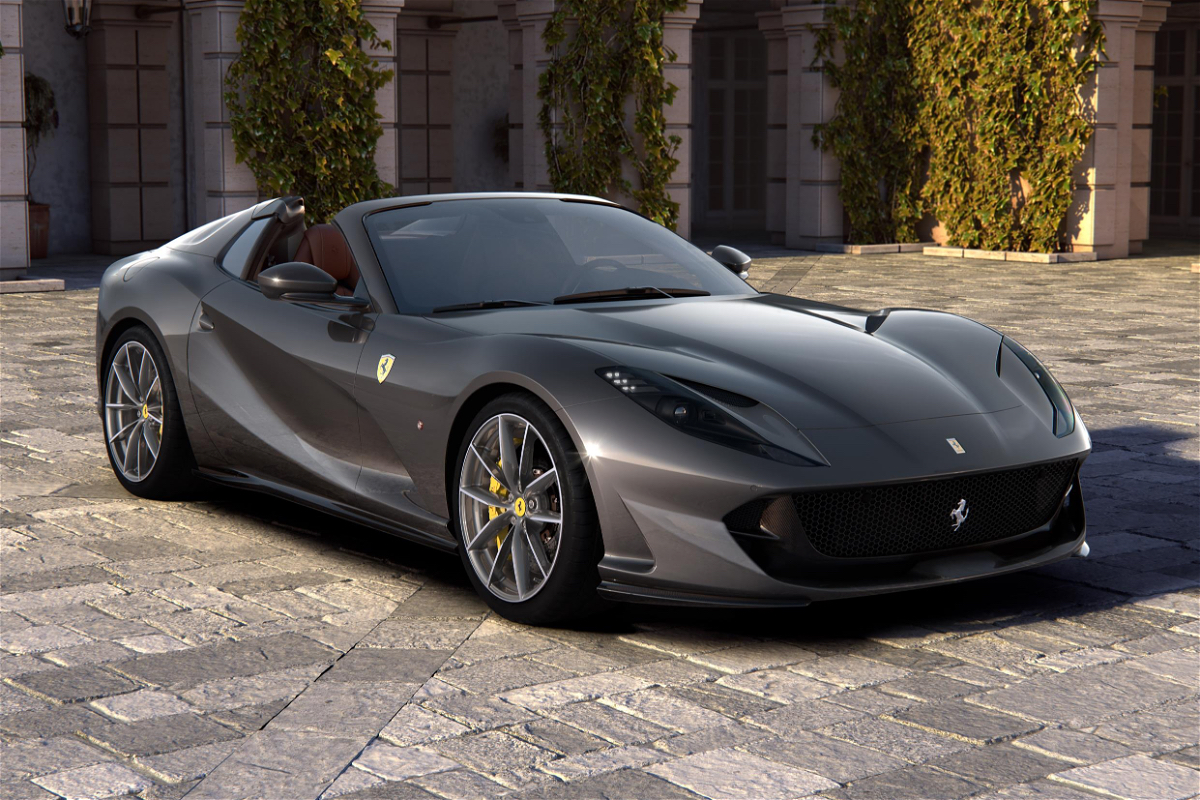 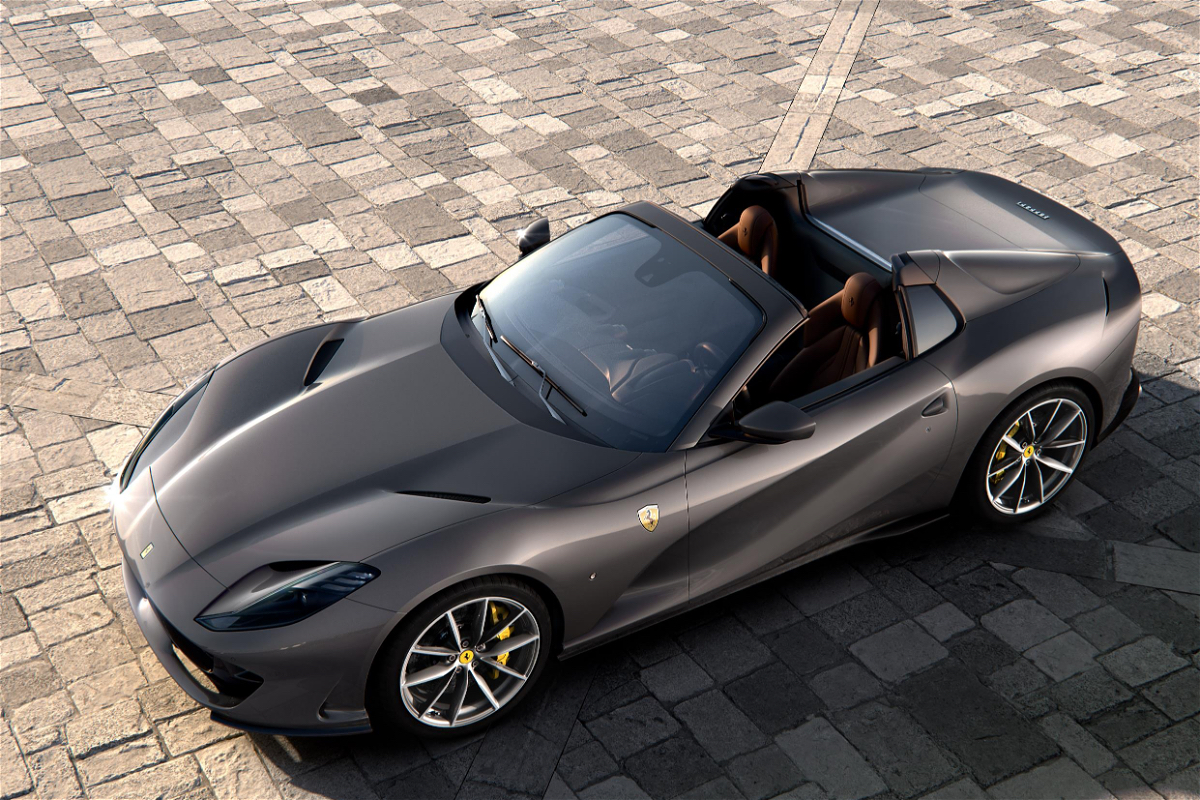 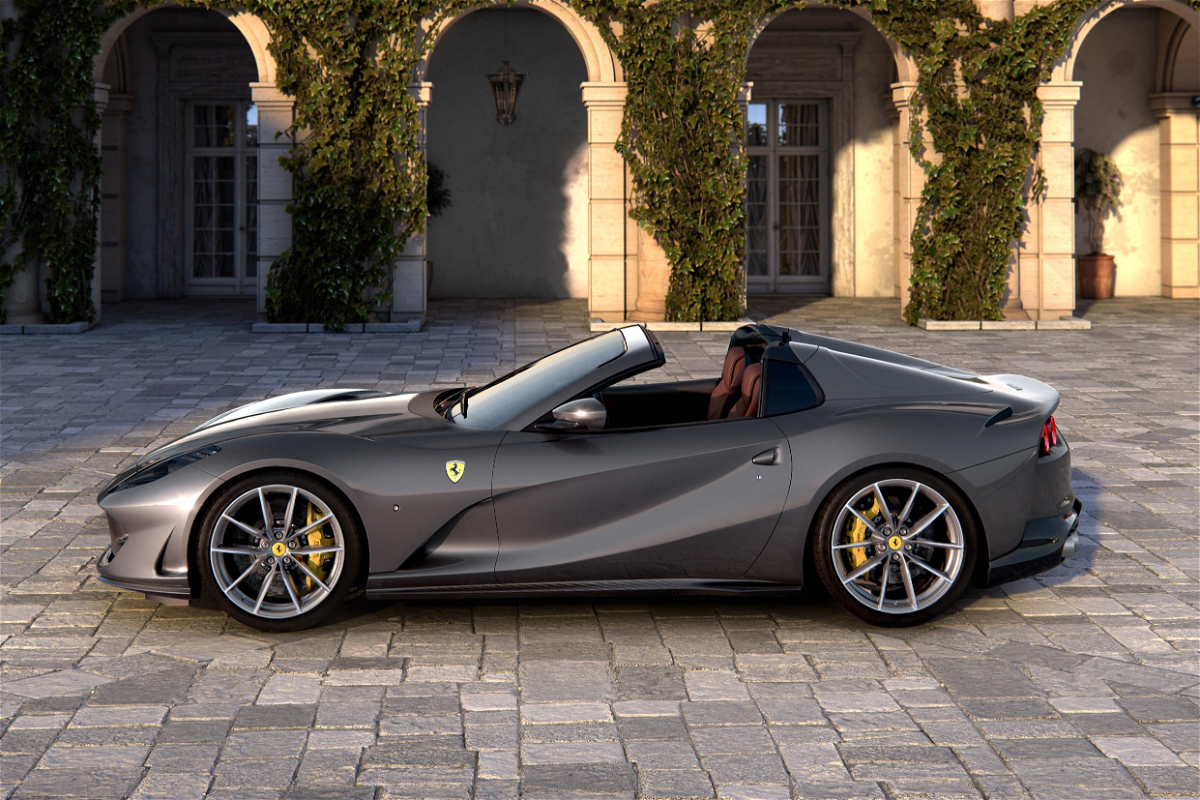 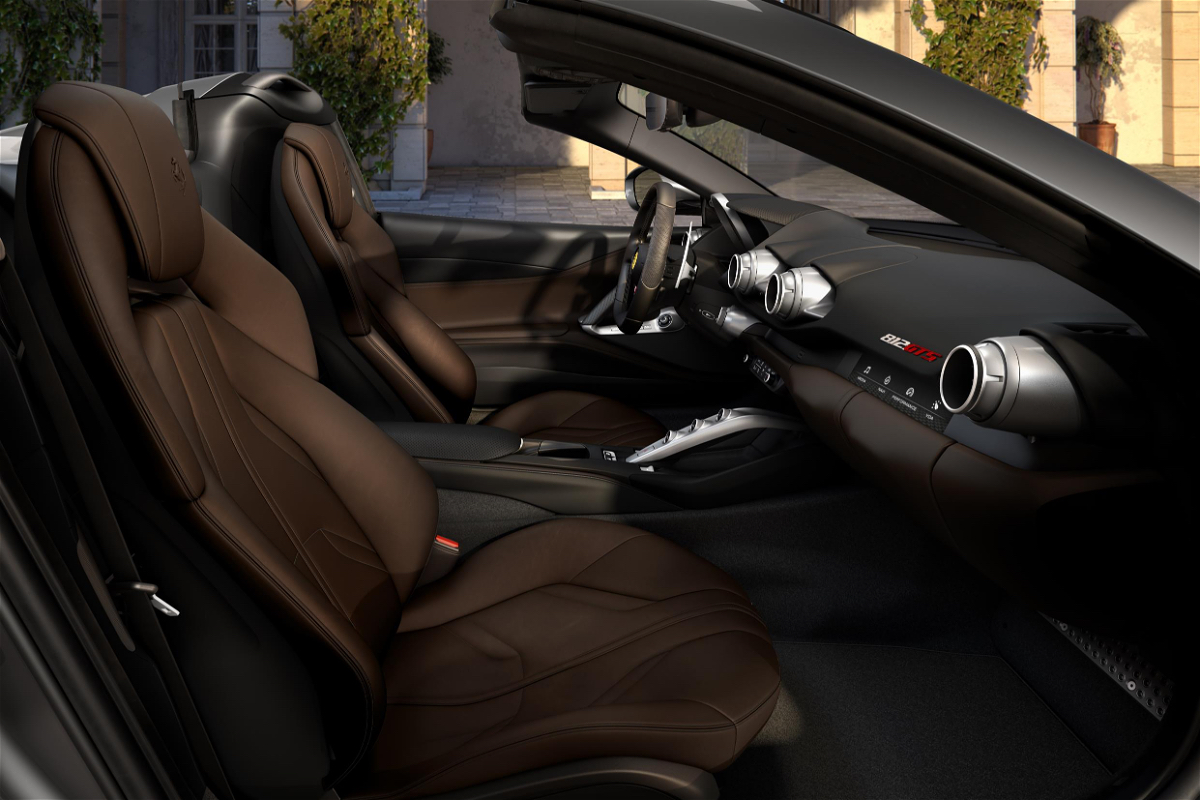 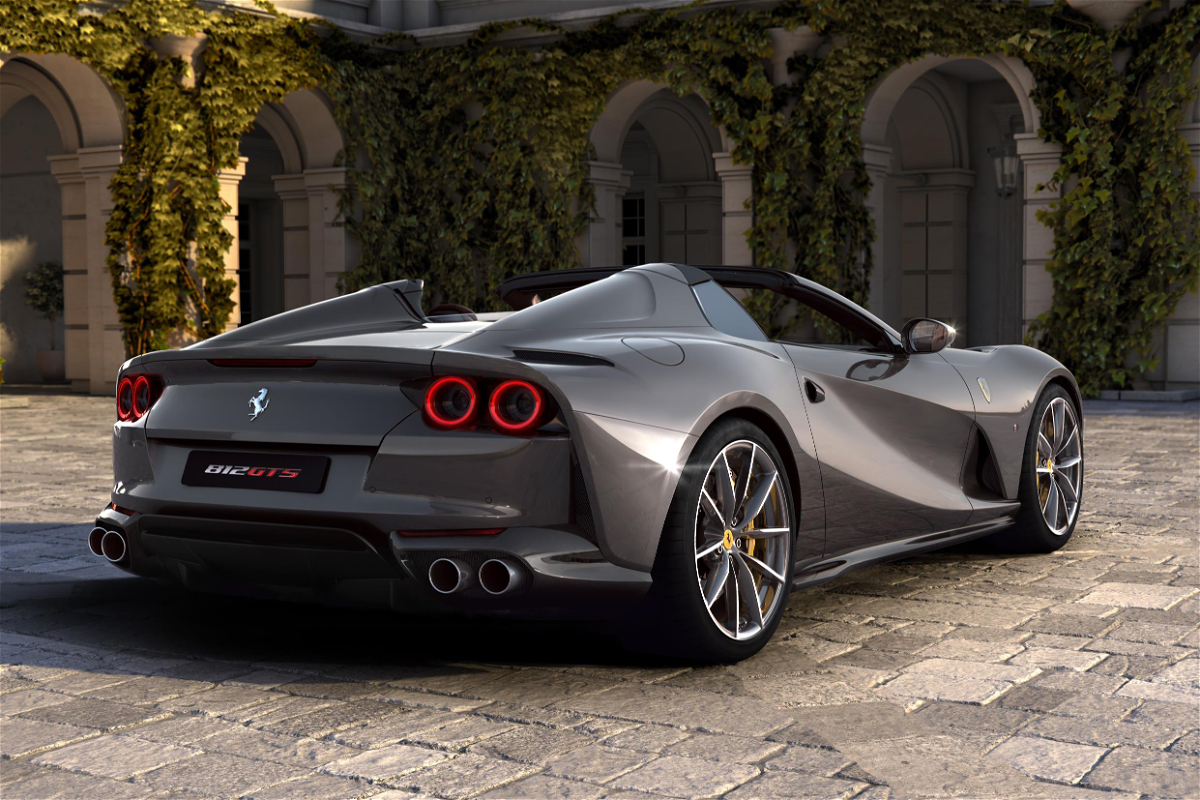 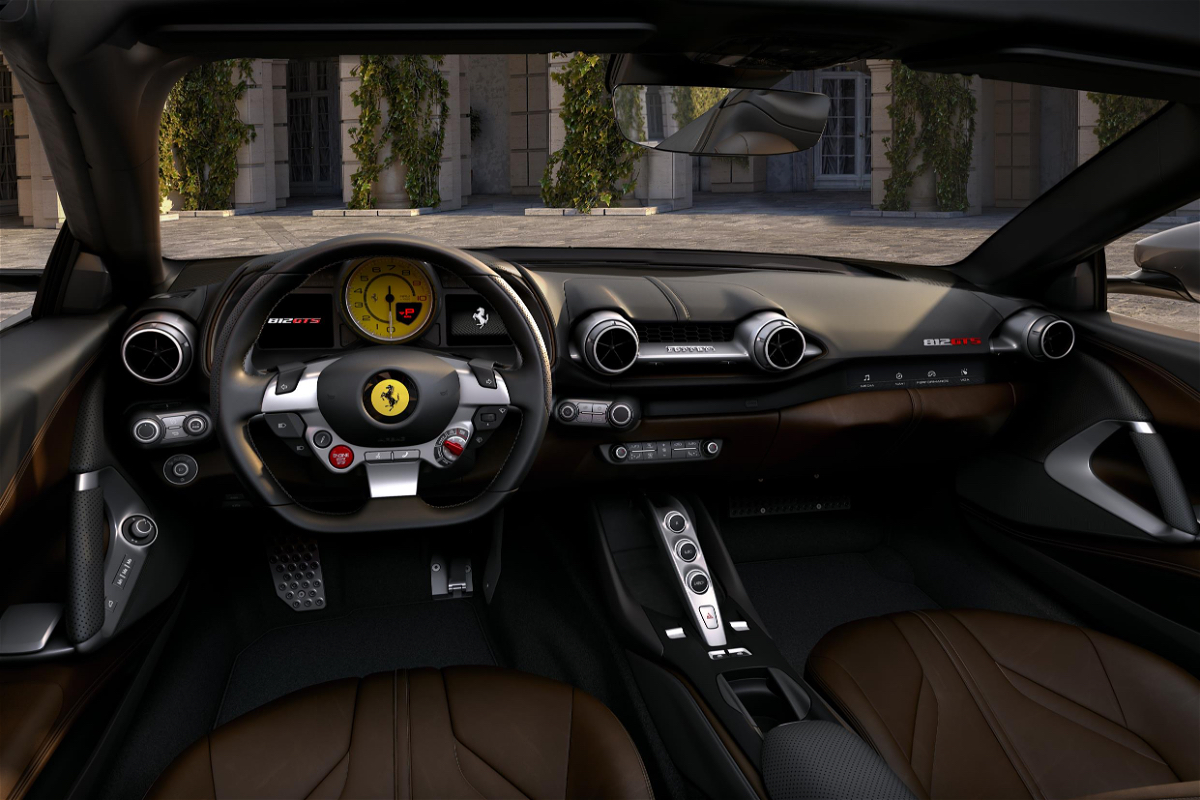 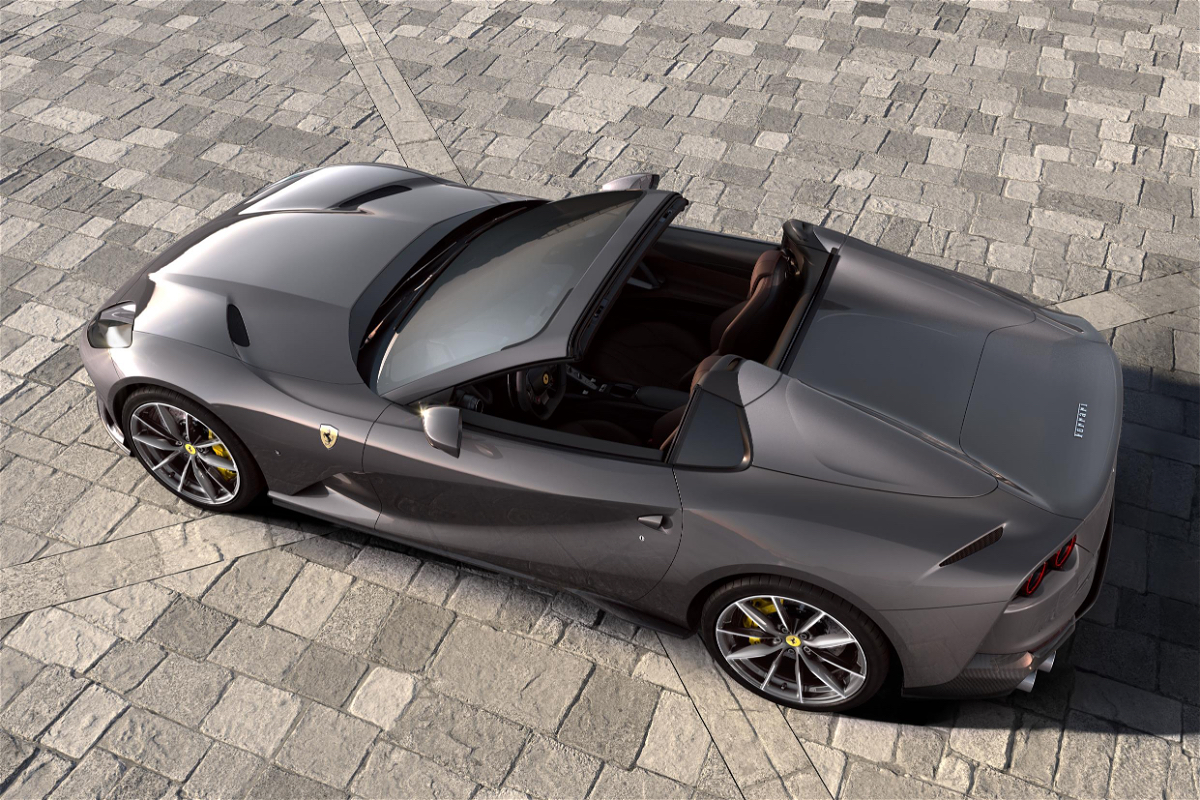