Once the Huayra Roadster BC digitally debuted in the mobile racing video game CSR2, Pagani wasted no time dropping the official photos and details on the new supercar in full. Not content with simply releasing a warmed-up topless version of the Huayra BC, Pagani reworked the design, structure, and performance of the car to create a new experience. The car is priced at about $3.4 million, and only 40 will roam the earth.

Pagani calls its BC models "tributes to scientific research, beauty, and uniqueness." They enhance the already impressive Huayra supercar by reducing weight, increasing power, increasing aero, and adding unique details that set it further apart from the increasingly crowded pack of specialty performance vehicles on the market. Of course, to build a performance Roadster, adding weight is expected, as well. The Roadster BC weighs in at 2,756 pounds (1,250 kg), which is significantly less than the 2,976-pound regular Huayra coupe and 2,922-pound regular Huayra Roadster, but heavier than the 2,685-pound Huayra BC coupe.

Pagani makes up for the weight difference by adding more power to the Roadster BC with a bespoke unit developed by Mercedes-AMG that Pagani calls "completely new." The Mercedes-AMG-sourced 6.0-liter twin-turbo V12 in the BC coupe was rated at more than 750 horsepower and 738 lb-ft. The Pagani twin-turbocharged V12 in the Roadster BC is rated at 791 horsepower at 5900 rpm and 774 lb-ft of torque at 2,000 rpm. That power is sent to the rear wheels through a seven-speed XTrac transverse automatic transmission with an electro-mechanical differential. The supercar also wears a new titanium six-pipe exhaust setup with two extra outlets from the catalytic converters.

The Roadster BC is made to carve hard corners, too. Underneath, it has a monocoque made of ultra-light and super-strong carbo-triax HP62 and carbo-titanium HP62 G2 with front and rear tubular steel subframes. The suspension is set up with forged aluminum alloy independent double wishbones, helical springs, and electronically controlled shock absorbers. It sits on forged monoblock aluminum alloy wheels (20-inch in the front, 21-inch in the back), which are wrapped in Pirelli P Zero Trofeo R tires (265/30 in front, 355/25 in back). Pagani claims the Roadster BC can handle more than 1.9 g of lateral force during constant running, with peak readings of up to 2.2 g.

To achieve such performance, the vehicle needs to slip through the air, keep cool, and stay grounded, so Pagani gave the Roadster BC some new bodywork. It features a redesigned wing, tweaked inlets, and a new aerodynamics kit. Pagani claims it generates up to 1,102 pounds of downforce at 174 mph. 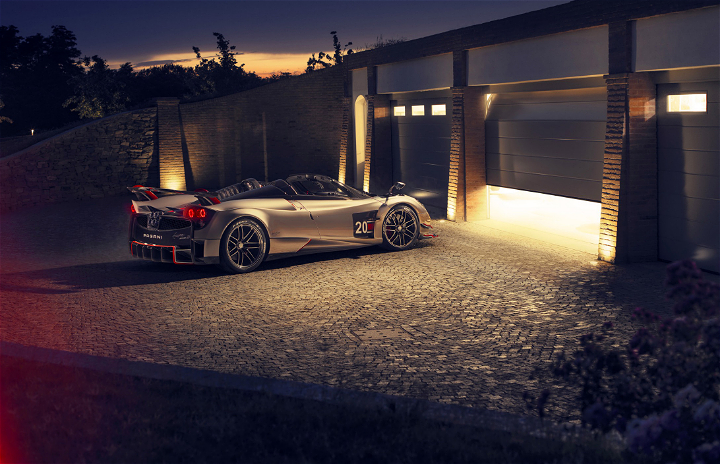 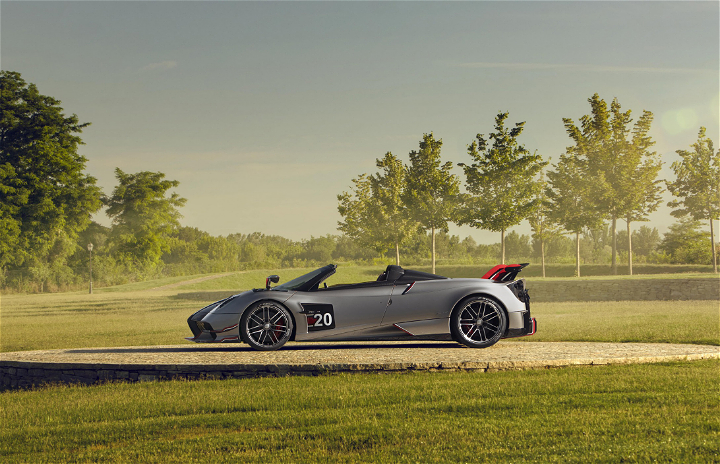 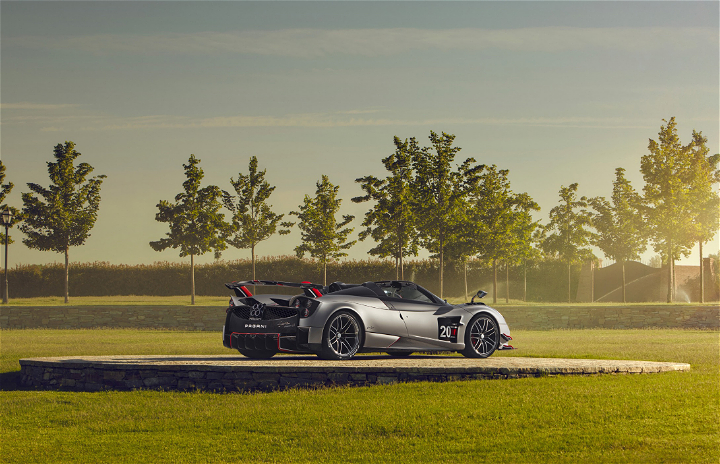 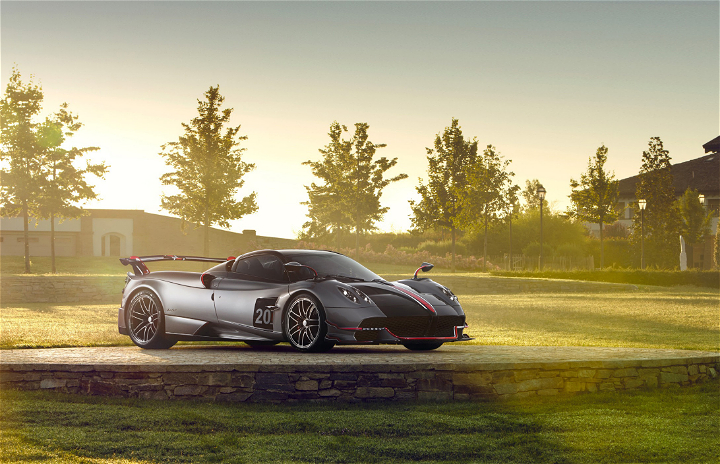 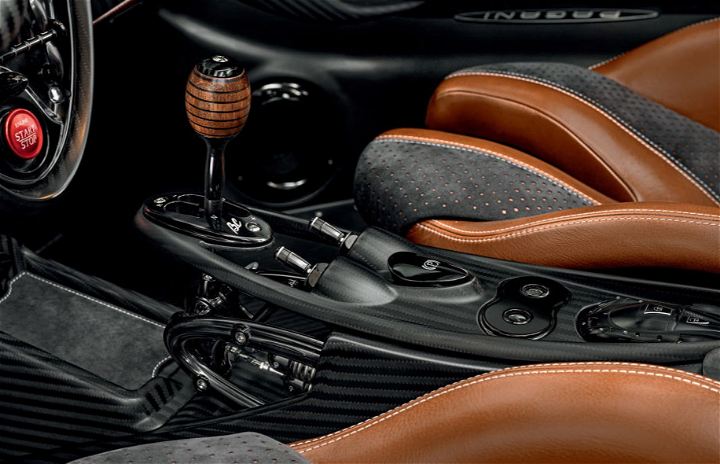 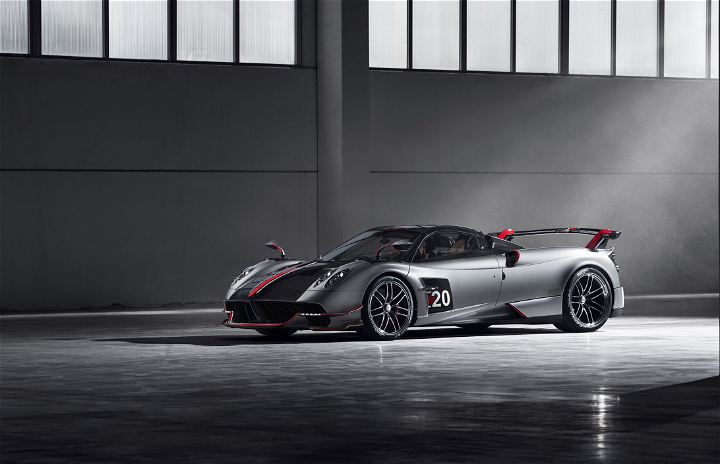 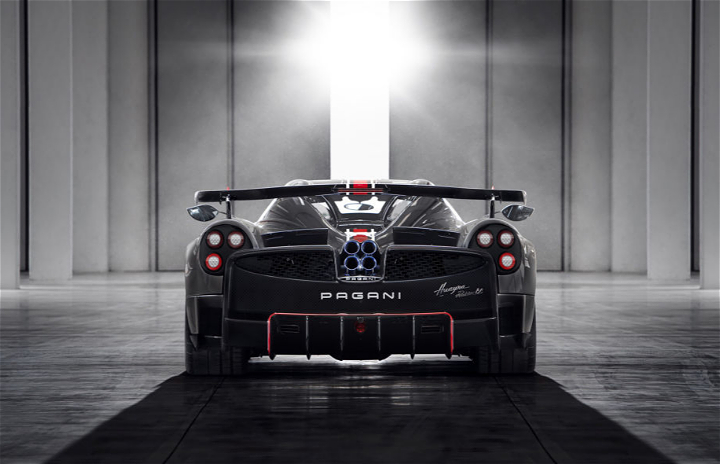 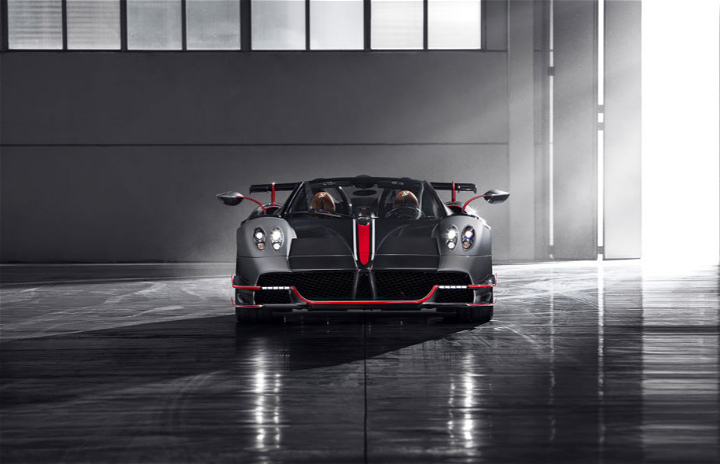 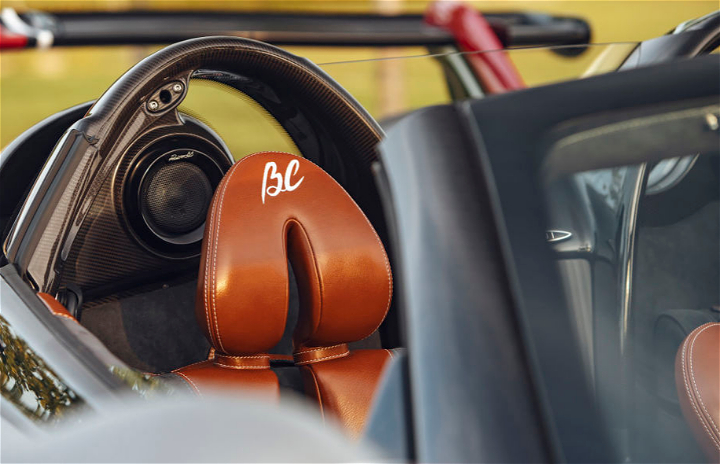 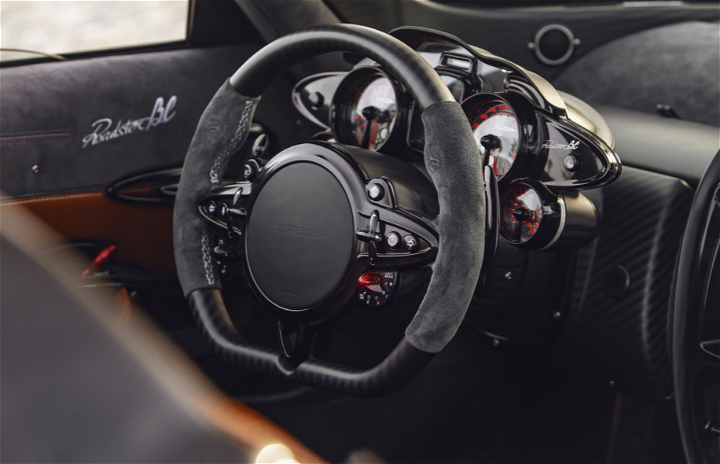