The Ferrari F8 Tributo, as its name suggests, is a tribute to its award-winning 3.9-liter eight-cylinder engine. But it's more than just a pseudonym. With the power of a 488 Pista underhood, the 488 GTB's replacement is the latest in a long lineage of Maranello-built "berlinatta" models. Or, two-seat, mid-engined sports cars like 458 Italia or 360 Modena, just to name a pair.

But before driving the F8 Tributo on Ferrari's Fiorano test track, and more importantly, unleashing its impressive capabilities (62 miles per hour in 2.9 seconds, 124 mph in 7.8 seconds, and a top speed of 211 mph), I had the opportunity to experience this car on the road. On a 124-mile route through the Apennine Mountains, just south of Bologna, Italy made up of sharp directional changes and fast curves, it's easy to see that this pony's 720 horsepower is surprisingly intuitive, especially at the limit.

How Does It Look?

For Flavio Manzoni's team of designers, sculpting the F8 was like designing a bridge to a new stylistic direction of the Ferrari brand, introduced by the SF90 Stradale. On one hand, the F8 inherits the technical basis of the 488 and 458 – though evolves upon it, adopting more carbon fiber than aluminum – but on the other hand, citing three iconic ponies from the past.

The F8 Tributo borrows the horizontal slits of the F40's Lexan engine cover. The F355 and 288 GTO help inspire its rear, meanwhile – not just the four circular lights, but the shape of the tail itself. The F8 Tributo is more rectangular than the 488 GTB. Ferrari designers modeled the rest of the bodywork around precise technical specifications, which we talk about in the video, summarizing everything I discuss with engineers, in particular with Chief Engineer Marzio Maresi, and the person responsible for the dynamics of the vehicle, Stefano Varisco.

How Is It Inside?

The relationship between the Tributo and the GTB is obvious in the cockpit. Many of the same 488 cues carry over, only now there's a new steering wheel. At first glance, the steering wheel looks almost ripped from the 812 Superfast or GTC4 Lusso. But this one is actually smaller, and thus, makes it easier to drive this supercar with haste.

But the general communication with this car doesn't change compared to recent Ferraris. All the controls remain on the steering wheel (even the direction indicators, for example), and there are two small knobs on the side of the instrument panel that allow you to manage the two screens next to the rev counter. In front of the passenger there's a touchscreen, with which you can navigate the infotainment system or watch in real-time speed, lap times, and gear ratio even when not driving.

The cracked, undulating mountainous roads of Southern Italy, accessible in a short time from Fiorano, highlight the F8 suspension's surprising ability to "copy" the terrain and locate grip effortlessly. Steering is fast and light and the brake pedal is solid; the entire car stays linear and flat while the double-clutch transmission shifts gears like a gunshot.

And then there's the engine; it has so much torque that it can handle the tightest bends even in third gear. The electronic management of power delivery makes the turbo response resemble that of a naturally aspirated engine in lower gears, yet allows it to maintain thrust throughout the range. And even when taking into account the F8 Tributo's mandatory particulate filter (in Europe), resulting in a redesign of the entire system, this car sounds even better than the 488 GTB.

The F8 Tributo has the power of the Ferrari 488 Pista, but it doesn't get tiring on long journeys. We've already talked about the suspension’s range of adjustability (comfort being one aspect of which), but the seats take care of the rest. The sport buckets are very comfortable in terms of padding and shape, even after a few hours at the wheel.

Nothing dramatic to report in regards to insulation, though. The F8 Tributo's sound-deadening is in line to other sports cars in the segment. That's to say, not totally quit. But, you can’t complain about the front trunk space, at least – it’s deep and usable, even for a long weekend. And with optional equipment, as tested, there’s even a carpeted wall.

Since Ferrari joined the New York Stock Exchange in 2015, it hired around 800 more employees. And with all the extra hands on deck, the company created a sort of "school of trades," an internal training program that helps transfer knowledge from the most experienced engineers to the young bucks – or, the "teachers" to the "students."

In addition to team-building and sharing ideas, which helps improve work processes and organization, there are also activities that help identify the brand. The assembly of engines is one of them; in the video, you’ll find a series of operations in which I participated, such as the insertion of the pistons in the cylinders or the tightening of the heads. 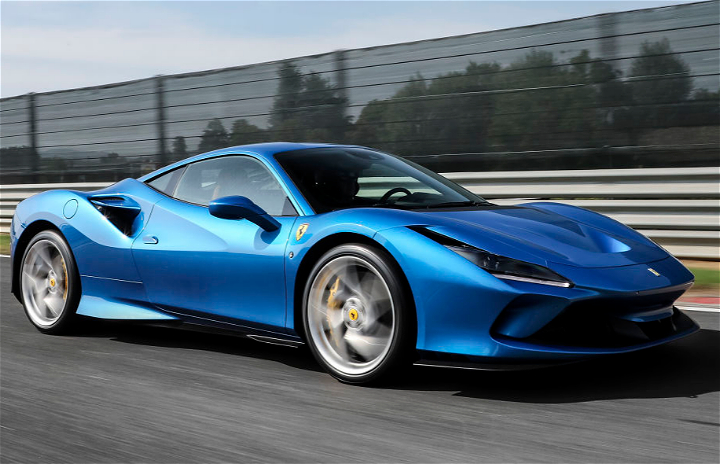 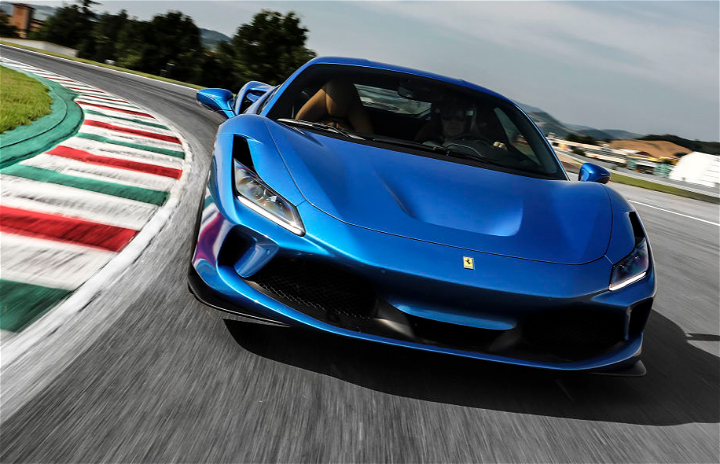 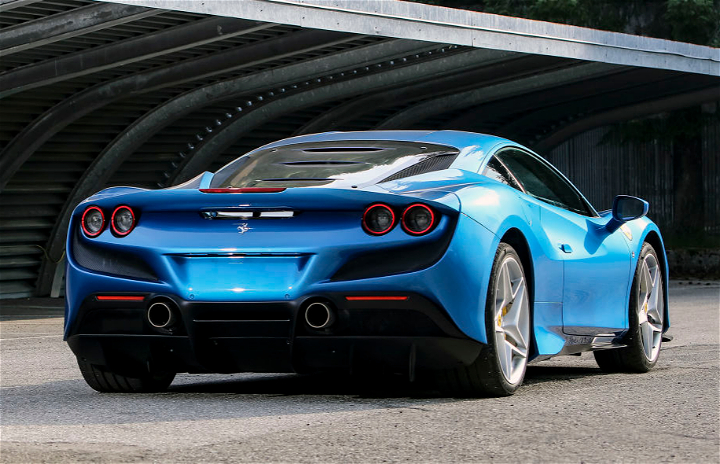 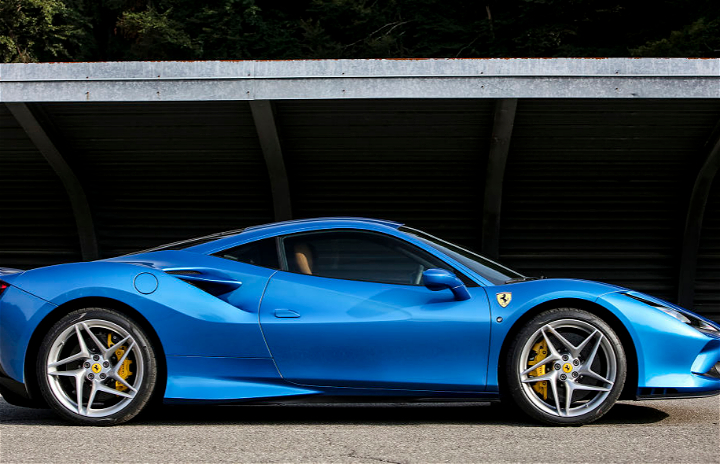 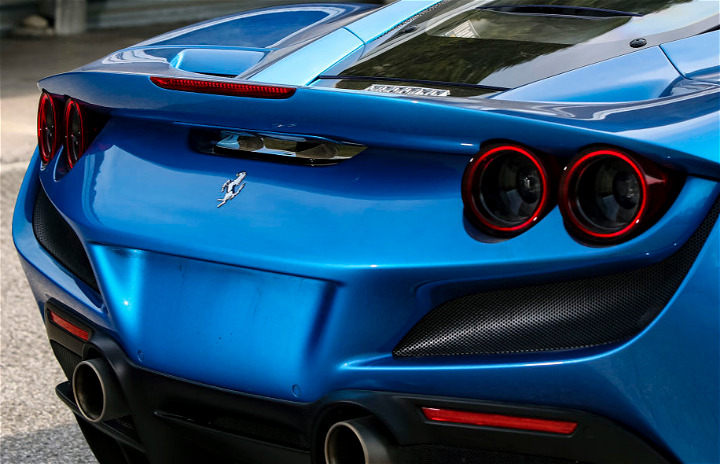 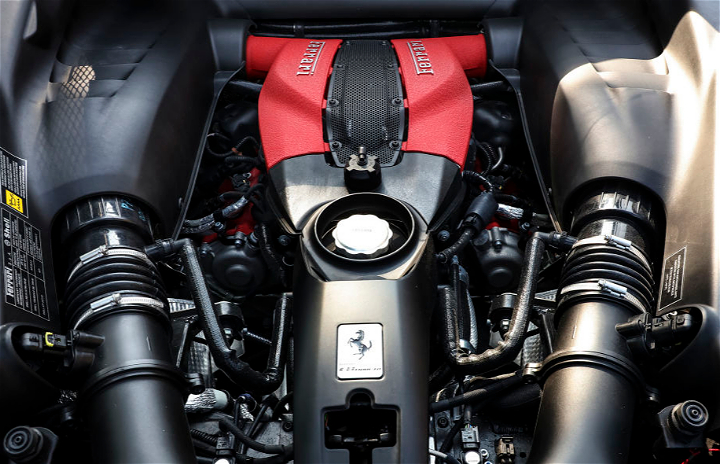 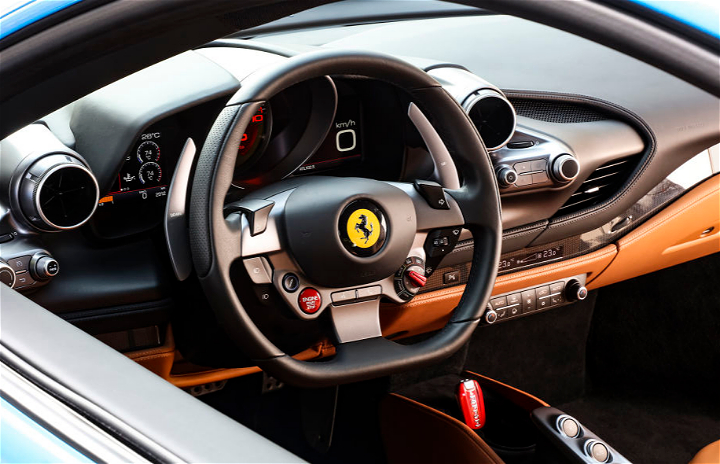